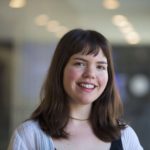 Most tenants sued for eviction in Maryland don’t have legal representation, making it more likely they lose their homes.
Tyrone Turner / WAMU

Thousands of Marylanders are sued for eviction every year. Most of them don’t have lawyers, though their landlords usually do.

That imbalance is at the heart of new legislation in the state’s General Assembly that would guarantee attorneys to low-income renters who are facing legal removal from their homes. Under current law, Marylanders who can’t afford a lawyer can seek a public defender in criminal or juvenile matters, but residents don’t have the same rights in civil proceedings, including landlord-tenant cases.

Supporters of the proposal say renters sued for eviction often have a legitimate defense against the complaint, but they fail to effectively defend themselves in court. Eviction lawsuits are expected to jump in the wake of the pandemic.

“These are issues that have been around for quite a long time, but COVID-19 has shined a light on the cracks that already exist in our housing system, and this is definitely one of them,” said Sen. Shelly Hettleman (D-Baltimore County), the chief sponsor of the “right to counsel” bill in the Senate, during a Thursday hearing.

Hettleman’s proposal would establish a new appointee in the Attorney General’s office responsible for coordinating legal services for low-income tenants facing eviction or retaliation from their landlords. The legislation would also create a task force and an eviction defense fund that draws from the state budget and other sources such as grants.

The legislation is similar to a “right to counsel” bill that passed the Baltimore City Council last year, making the city the seventh jurisdiction in the country to guarantee legal representation to defendants in eviction suits. Leaders approved the law after an Abell Foundation report showed that roughly 99% of defendants in Baltimore City eviction cases lacked representation, while 4% of landlords were unrepresented. Advocates say that program, which will be phased in over four years, will prevent hundreds of residents from becoming homeless or entering the foster care system due to an eviction.

If a statewide “right to counsel” bill passes this session, Maryland households that earn less than 50% of the state’s median income — or less than $48,000 in 2019 — would have guaranteed access to representation in eviction suits by Oct. 1, 2025.

But the bill would be expensive, according to a fiscal analysis, mainly because of the sheer number of cases filed in Maryland each year. In a state with approximately 805,000 renter households, landlords launch more than 655,000 eviction suits annually, according to the attorney general’s office. Most filings don’t result in court proceedings. Nevertheless, sponsors say implementing the program could cost $28 million.

Lobbyists for landlords and members of the Senate Judicial Proceedings committee raised criticisms of the high price tag during Thursday’s hearing.

“I’m very reluctant to pass this bill and saddle the Office of the Attorney General with a funding requirement on an annual basis that you’ve admitted you cannot pay,” said Sen. Christopher West (R-Baltimore County), after a representative from the attorney general’s office said his department couldn’t shoulder the entire cost of starting the program.

Supporters say the program could also be funded by federal COVID-19 relief aid and grants, and that it would save the state more than $90 million in other costs, including spending on homeless services for people who end up on the street after an eviction. With right to counsel in place, Baltimore City and the state could save a combined $6.24 for every dollar they spend on the program, according to the Abell Foundation report.

Landlords may also file fewer eviction cases if they know their tenants have representation, the fiscal analysis notes.

Maryland does not have a comprehensive eviction ban during the pandemic, unlike the District of Columbia, where all evictions are paused until the health emergency expires. Marylanders who can’t pay their rent can seek protection under a federal eviction moratorium set to expire at the end of March. Maryland Gov. Larry Hogan also issued an order last year that provides tenants a limited defense against eviction through the end of the state’s health emergency.

The “right to counsel” bills next proceed to a committee vote, which will determine whether they receive full votes on the House and Senate floors. They’re part of what some Democrats are calling the 2021 Housing Justice Package, a slate of legislation meant to support vulnerable renters by increasing the cost of filing eviction cases and establishing a court-based eviction diversion program, among other measures.